Spanish speakers will find they have access to a number of different programming packages courtesy of U-verse’s most robust lineup for international viewers. The number of total channels offered will vary based on the particular package customers choose. U-verse, for example, has Spanish-language packages that range from a few channels to hundreds in its basic programming lineup. Spanish-speaking customers can choose Latino versions of U-verse’s main packages. The upgrade provides them access to all the channels in U-verse’s “Paquete Espanol” lineup.
The Paquete Espanol programming package delivers up to 60 channels for a small extra monthly fee that transforms basic packages, such as the U450 into the U450 Latino. The addition features such channels as Telemundo, Cine Mexicano, ESPN Deportes, Cinelatino and others. Spanish-language versions of such popular networks as Disney, Discovery, NBC, Fox and History are also represented. More information about U-verse Paquete Espanol.

This international upgrade boast five channels for those with an interested in programming out of this region of the world. Represented channels are Aapaka Colors, MTV India, SET Asia, Star India PLUS and Zee TV.

This upgrade is designed for Vietnamese speakers. It includes two channels – SBTN and TVBV.

In addition to the above main international programming packages, U-verse also offers options for speakers of other languages. It has single channel programming options in such languages as Italian, French, Cantonese, Arabic, Japanese, Korean, Russian, Polish and South Asian. 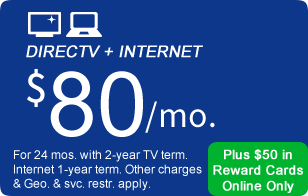