The Evolution of DIRECTV into The Best Satellite TV Provider

DIRECTV has a long history filled with innovation and changing television viewing habits. The company, which is an American direct broadcast satellite provider, was first founded in December of 1985.
Hughes Communications, Inc., a company that began as a medical research company as Howard Hughes Medical Institute, and later developed into numerous subsidiaries including Hughes Communications, was given 27 frequencies in 1981, while competitor United States Satellite Broadcasting was given five by the FCC. Over time, the technology improved significantly and led to the development of high powered satellites. The development of digital compression standards, also known as MPEG-2, also developed and allows for multiple digital television channels to come through each frequency.

In 1990, the company launched DIRECTV as a separate division of Hughes Communications. Its name implies the direct broadcast satellite television service it was providing to its customers. After this point, Hughes Communications further developed the product offered by turning to Thomson Consumer Electronics to create a digital satellite system that would be able to receive 175 channels using just a small 18 inch dish. The innovative dishes were smaller and lighter receivers and they used military technology called Global Broadcast System.
The company continued to develop its services and products, merged with other companies, and formed new opportunities. In 2004, the company split with Hughes. On April 22, 2005, the company officially broke from its Hughes Network Systems into a separate company. At this point, the company was solely a satellite television service.

The company would go on to acquire ReplayTV in 2007 and Connect Television Inc, in 2009. In 2013, DIRECTV purchased LifeShield, a company that produces wireless home security systems. The company plans to continue to expand into this market as a connection to its satellite services.
In 2014, the company began negotiating with AT&T, and AT&T later purchased the company. DIRECT stockholders received $95 per share in cash and stock, which made the transaction worth some $48.5 billion. The move was beneficial to both organizations. AT&T was able to improve its market share into the pay-TV sector and built up the U-verse brand as well. At this time, DIRECTV had about 20 million US customers and was continuing to grow fast, including the Latin America market. 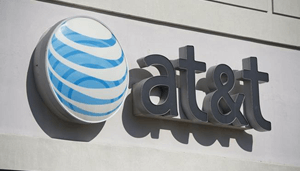 The merger of the two companies took some time to go through after facing regulatory approval from the FCC and the US Department of Justice, as well as some governments in Latin America. In July of 2015, the deal was approved by the FCC. It included requiring AT&T to expand its existing fiber optic broadband service to more customers, schools, and libraries.
In August of 2015, AT&T decided it would no longer invest in its U-verse platform. Rather, the company set out to create a new in-home TV service. The goal of this new product was to display content directly from DIRECTV. In September of 2015, Ericsson was selected to work on DIRECTV and U-verse TV service integration. Also, the company brought on Enrique Rodriguez, a former Sirius XM, Microsoft and Cisco Systems executive to help combine U-verse TV and DIRECTV into one service.

$65/mo Double Play Bundle Choice
TV + Internet
$80/mo for 12 months. 1-year term for U-verse TV and Internet. Unlimited data allowance included at no charge ($30 value). Save up to $1,248 annually when combine savings for TV, Internet and unlimited data. Plus, for all online orders of TV + Internet bundles, get up to $150 in reward cards and $35 TV Activation Fee waived.