A History and Overview of AT&T Services

AT&T used to stand for American Telephone and Telegraph. It had its beginnings when Alexander Graham Bell invented the telephone in 1875. In 1885, AT&T was formed as a subsidiary of American Bell. Its main aim was to form a long distance

telephone network across the USA. From New York, it expanded to Chicago in 1892, and then to San Francisco in 1915.

AT&T became the parent company of American Bell in 1899, when it acquired all of American Bell's assets. In 1894, Graham Bell's patent for the telephone expired, which made the telephone industry free and open for other companies. Yet even with competition, AT&T stayed at the top of the game, developing loading coils to provide better phone signal quality.

AT&T still provides great service for normal, day-to-day telephone calls. Even with new innovations in technology and communications, the telephone still remains to be an important instrument for staying in touch.

There are various AT&T Local Phone Service plans to choose from, and each includes added features such as call waiting, call forwarding, three-way calling, and caller ID. Another service plan offered by AT&T is Local Toll Service, which allows you to save on your local toll calls. Local toll calls are phone calls that are also known as in-state long distance calls. With AT&T's local toll plans, you get a lower per-minute rate on all local toll calls.

The pioneer of telephone technology also provides great long distance services. AT&T's Unlimited Plus Plan is a great deal, as it allows you to make unlimited calls throughout the United States for one flat rate each month.

You can also sign up for the AT&T One Rate plan, which gives you a single, $0.10 per-minute rate on long distance calls anytime of the day. Browse AT&T Long Distance Phone Service packages now.

Every subscription to a U-verse Voice plan includes added call features, such as caller ID, call waiting, and call forwarding, to name a few.

Aside from conquering landline phone services, AT&T has also taken the mobile world by storm. AT&T Wireless plans offer unlimited mobile-to-mobile calls between AT&T users. There are various plans available for individuals and families, depending on your budget and wireless needs. If you don't want to be tied down to a two-year contract, AT&T also offers Prepaid Wireless plans.

AT&T has also recently taken on the entertainment arena, offering high-quality television programming. There are two different types of AT&T TV services to choose from, including AT&T | DIRECTV and AT&T U-verse TV.

There are a variety of AT&T | DIRECTV packages to suit your TV-viewing habits and budget. The range of channels provided by AT&T | DIRECTV provides a great balance of family programming, made-for-children cable TV, and the best in news, sports, and movie channels.

AT&T has been the leading provider of a wide-variety of services for over a century. No matter which AT&T service you choose, you can be sure that you will receive the highest-quality service available at an affordable price. 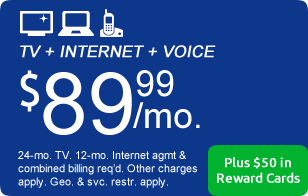